A 30-year journey turns a Khobar entrepreneur into the self-storage pioneer
As a youth in Al Khobar in the early 1990s, Mohammed Al-Humran used to wonder about the big, dark parking garages at one of the busiest traffic circles in the Eastern Province -- the intersection of King Fahd and Custodian of the Two Holy Mosques roads. Kids used to say the two empty four-story concrete park houses, built around 1990, were haunted. But Mohammed, a young boy selling clothes for his father’s imported apparel business, wasn’t scared. Mohammed saw an opportunity. 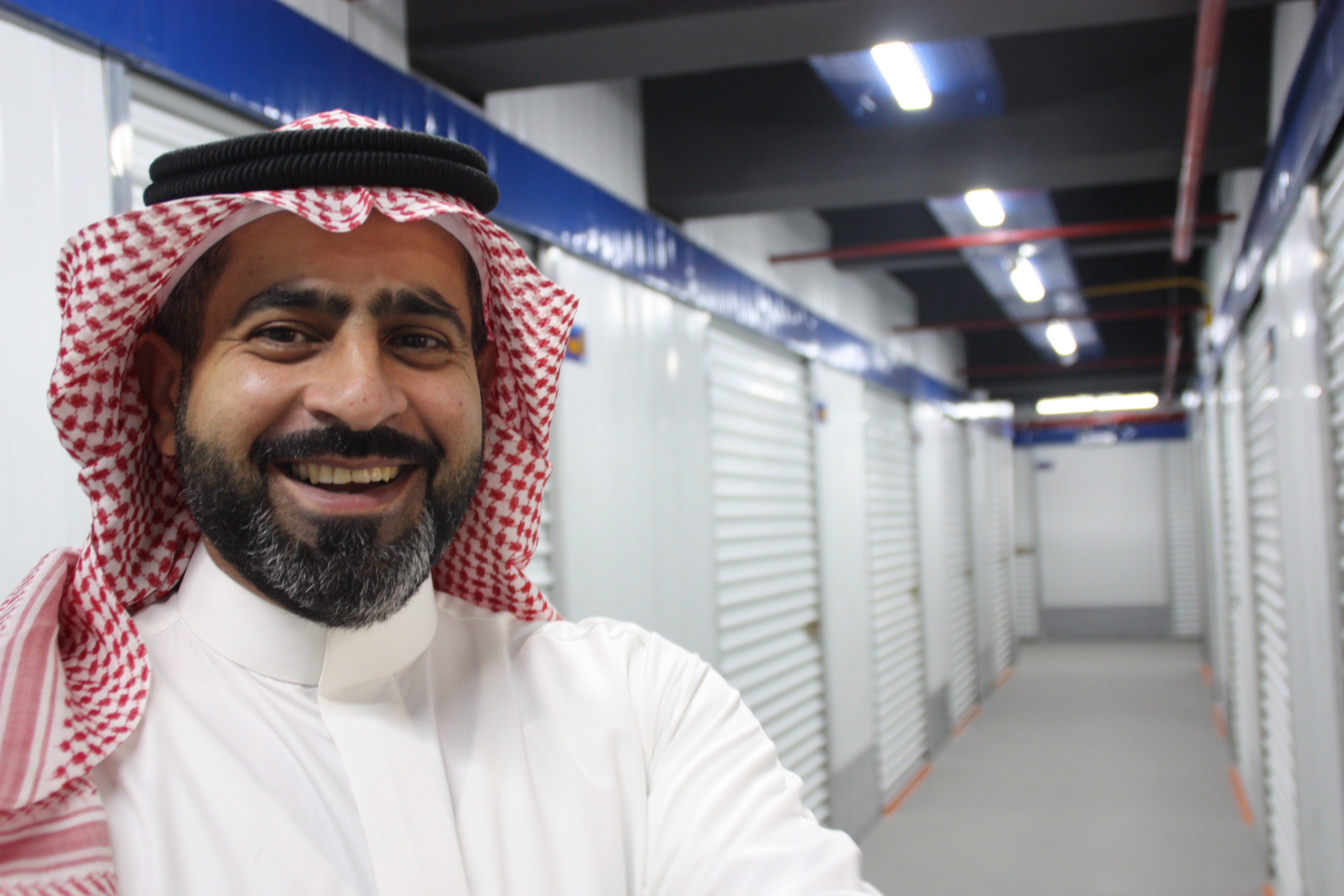 Mohammed Al-Humran repurposed two long-empty parking garages to create the Kingdom's biggest self-storage business in March 2020.
Over the next three decades, Mohammed grew into a successful businessman, founding an ad agency, a real estate company, a branding and PR boutique, and a construction development company. But he never forgot the parking garages, which caught his eye whenever he drove to the Corniche. One day, Mohammed had an idea. He would convert the abandoned buildings into something the Eastern Province’s increasingly mobile population needed – air-conditioned, self-storage facilities to stow unused furniture, business supplies, just about anything. In April, with a loan from Wa’ed, Mohammed awakened the hulking buildings from their 30-year slumber, opening Self-Storage Co. The self-storage business is actually Mohammed’s second. He and some partners had earlier opened a self-storage , Makhzny.com, in Dammam. His new solo investment in Al Khobar is a high-profile test of the concept in the Kingdom. 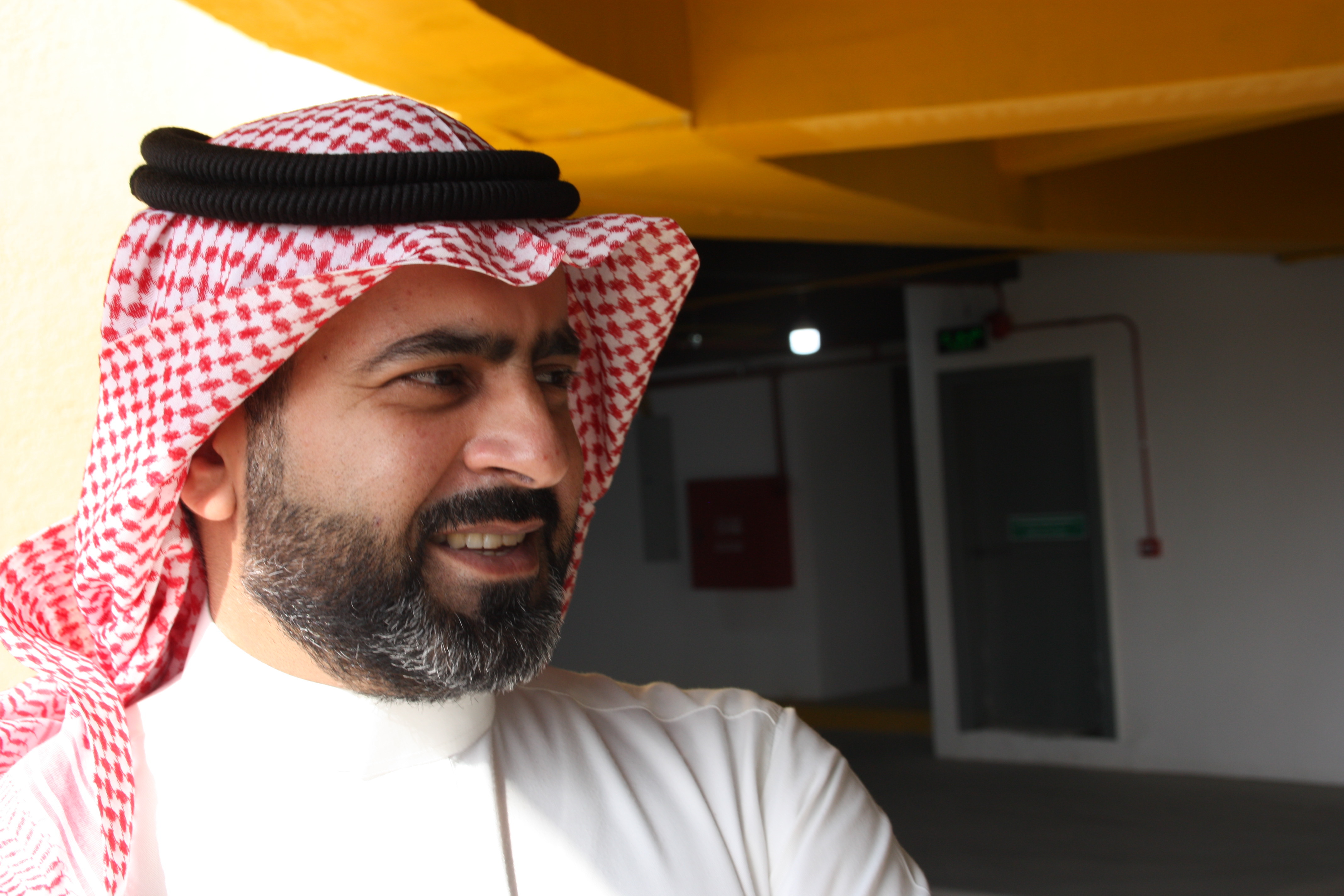 Saudis are living more compact lives than their elders, Mohammed Al-Humran says, and many need extra storage space.
“This is the first storage business in the heart of a Saudi city, located at a high point of density,” said Mohammed. “I set out to create a business that was missing in this market. This has been in the back of my head for a long, long time.” With 10,000 square meters of space spread over four floors in each building, Mohammed’s self-storage business caters to Saudis who are leading more compact lives than their parents or grandparents. People such as entrepreneurs who need to store business supplies, computer servers and inventories. Young Saudi families living in small apartments and need extra space for bicycles, motorcycles, even garden furniture. With rents starting at 500 SAR per month for an air-conditioned space, a unit at Self-Storage Co. costs much less than an apartment. That was a selling point to the Saudi government official who became one of Self-Storage’s first customers. The administrator is storing the contents of his apartment for a year while he completes a course in the United States.

Each unit at Self-Storage has electricity, lights, fire alarms, sprinklers and air conditioning at three cooling levels to accommodate everything from furniture to food staples such as coffee. This spring, Mohammed began renting out the first garage as he converted the second into storage units. Each floor has 54 units ranging from 6 to 40 square meters. Construction went quickly after Mohammed obtained permits to operate his business. He spent much time with permit officials reviewing his business plan -- a concept new to the Kingdom. But Mohammed is persistent. He had studied self-storage businesses in the UK, UAE and Bahrain, and knew there was also a market in the Kingdom. He worked for years with authorities to win acceptance of self-storage, and with partners, first opened Makzny in Dammam. Then, he struck out on his own to bring the concept to the Al Khobar parking garages he'd been eyeing for years. Finding the buildings’ owners was a challenge. Research led Mohammed to Jeddah and representatives of a wealthy family. The patriarch had passed away and a trustee questioned whether the heirs actually owned the garages.  But they did, and Mohammed, after some persuading, obtained a lease to convert the two garages into what is now Saudi’s largest self-storage business. Land use planners at the Sharqia Development Authority praised Mohammed for his innovative solution for the garages. His self-storage concept is a business with low impact on the congested traffic circle. Customers use the garages' circular driveways to load and unload, not linger. The riddle was 30 years in the making, they told Mohammed, but he had solved it.