Life in Saudi Arabia moved a lot slower in the 1990s when Loai Labani was growing up in a modest house in Makkah. Back then, a career usually meant the Saudi government or a state entity like Aramco, and life could be measured in predictable, pre-planned intervals.   But none of that attracted Loai, who had a knack for computers and web development.   He dove head-first into the emerging online world. In 2003, he wrote a 350-page book called “L-Plus” that taught computer maintenance techniques to a non-technical audience. In 2005, he won an Arab Thought Leader’s Ideation Award for his focus on technology.   In 2007, representing Saudi Arabia, Loai was named the 7th fastest website developer in the world at a 30-day event in Shizuoka, Japan, called the World Skills International Competition. He enrolled at KFUPM and pursued a bachelor’s degree in software engineering. 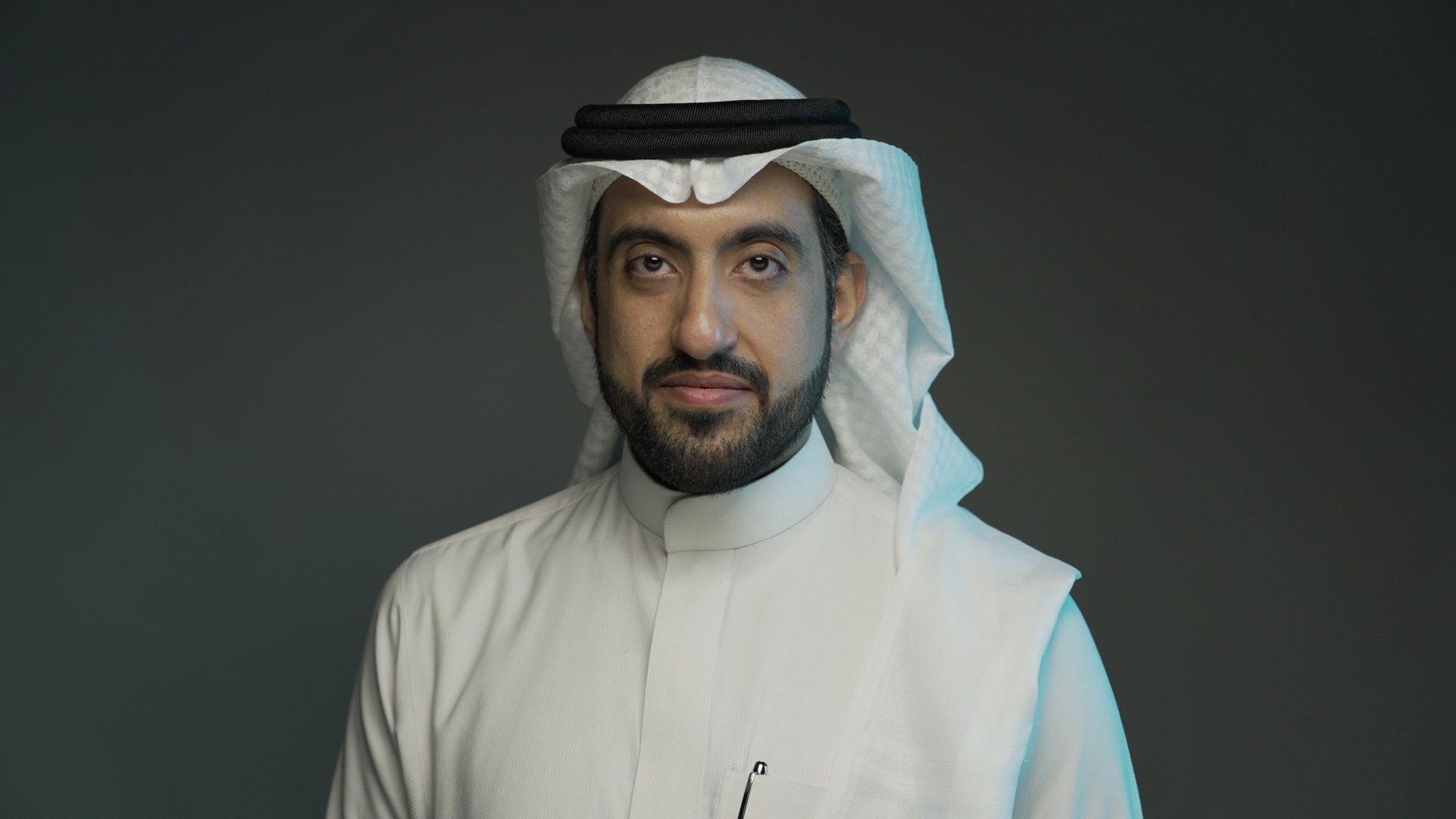 Loai Labani's website development firm Innosoft has grown over a decade into one of the Saudi government's leading e-government service providers.

In 2011, Loai started his business, Innosoft, with support and a loan from Wa’ed, to deliver the digital future to government clients -- on time and in budget.   Now 34, Loai oversees one of the Kingdom’s fastest-growing technology houses.   His company is a key behind-the-scenes enabler of the Saudi government’s digitalization drive. Innosoft has built a reputation for delivering complex, mission-critical e-government websites to ministries and authorities under tight deadlines, sometimes in a matter of days.   “We do deliver jobs faster,” said Labani, a multi-tasker who oversees an office of 78 website developers and software experts in Al Khobar. “Nothing is really impossible if you approach it right. It’s all about cutting up projects into smaller pieces, doing ‘sprints’ and taking responsibility.”   Innosoft is a go-to web developer to a growing list of Saudi government ministries and agencies, which typically lack the in-house expertise to build complex e-service websites that Saudi citizens rely on to obtain permits and apply for public services.

When he started out in business a decade ago, Labani and five staffers worked out of a cramped, 9 square-meter temporary office in Dammam. Their first job was to build a prize competition website for a Saudi dermatologists’ association.   A big break came in 2014, when Innosoft won its first government contract to create the e-services website of the Saudi Ministry of Labor. The site processes 40,000 transactions a day from Saudis seeking approvals and Iqama residence permits for workers.   Loai’s team delivered the Labor Ministry website in 15 months – far faster than competitors had promised – and Innosoft began to add more government clients, such as the Saudi Customs Office, Ministry of Defense, and the Ministry of Communications and Information Technology.   In 2017, Innosoft won an award from Aramco’s IKTVA in-Kingdom supplier localization program for its services as a small- and medium-sized enterprise. Innosoft is a registered vendor to the world’s largest energy company. Innosoft’s reputation grew in 2019 when it was tasked to build the main website of the Saudi Ministry of Culture – in just 10 days. Working around the clock, the ministry got what it wanted.   Loai says Innosoft’s success is no secret – the company simply asks the right questions of clients and outhustles bigger, more established competitors to deliver quality quickly. 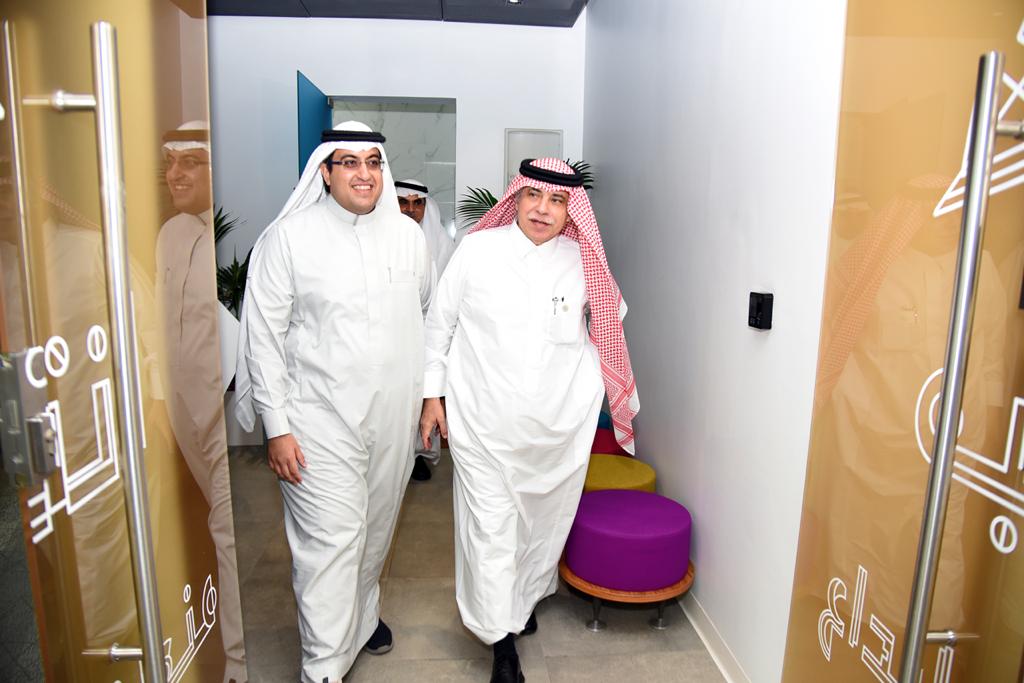 Labani and Saudi Minister of Commerce and Investment His Excellency Majid Al Qasabi, right, during a visit to Innosoft in 2019.

Earlier this year, Innosoft bested two much larger Saudi competitors to receive a 15 million SAR contract to build a data center and centralize the security systems of 150 branch offices of the Saudi Labor Ministry. It was Innosoft’s first contract to include hardware.   “We are not the largest in our sector and we are not the first,” said Loai. “But we are more dedicated and more creative.”   Loai is not shy about talking honestly with high-ranking government officials about their web development plans, which can sometimes be ill-conceived and counterproductive.   One time, Innosoft was asked to create a website for a ministry that would have looked cluttered and unprofessional. Loai told a vice minister that his desired scope of work for the ministry website would result in a “jingle-land” of jumbled messaging and brands.   The official abruptly broke off the meeting. Loai thought he had offended the official.   “I am willing to fight with the client about what is right and wrong,” Loai said. “I think our clients appreciate our honesty.”   Later that night, the official called Loai to say he realized the advantages of Loai's proposal and accepted his advice. 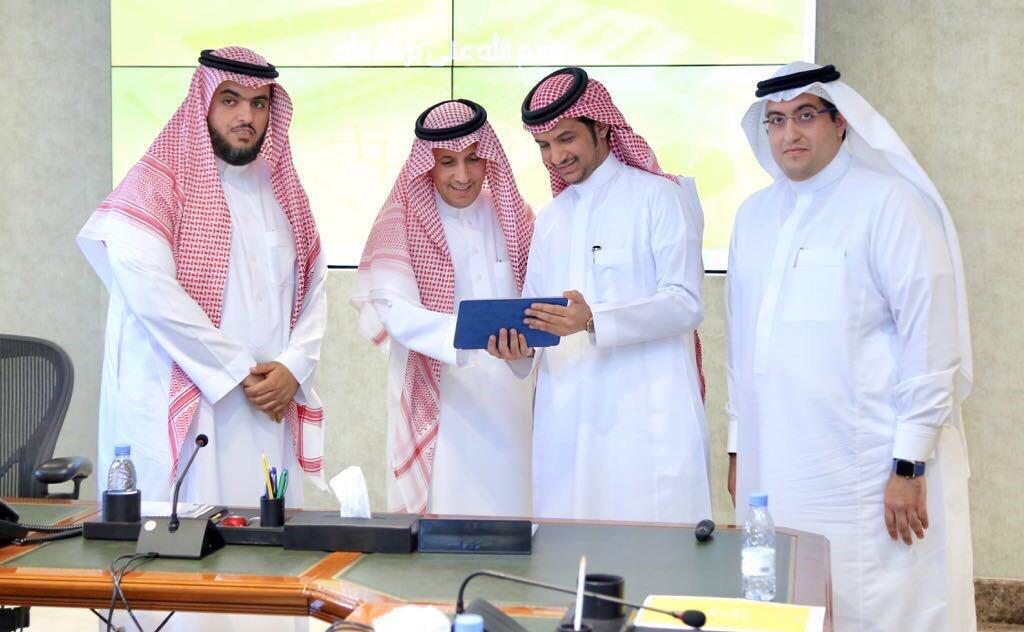 Then-Saudi Minister of Labor and Social Development His Excellency Ali Al-Ghafis, second from left, and Labani, far right, at signing of Innosoft contract in 2017.
As Innosoft approaches its 10-year anniversary, the company is gaining momentum. The e-service websites it has built for Saudi governmental and other public-sector clients over the last decade handled approximately 730 million interactions with Saudi consumers in 2020.   Innosoft is generating annual sales in the double-digit millions of SAR, and by 2023, the company is aiming to top 100 million SAR, Loai said.    In July and August, Innosoft will move from its offices in Al Khobar’s Olaya district to the Business Quarter, a new corporate campus in Dammam where it will have four times the space.   Loai is reorganizing and rebranding Innosoft to expand beyond web services into health care and start-up financing. He’s created a new holding group called 42 to oversee the Innosoft business, to be called Solutions by 42, as well as new ventures in start-up acceleration and health care.   In three years, Loai wants to take the group public in an IPO.   As his business grows, Loai is focusing on R&D to develop new products to grow his business.   “In five to 10 years, I want my company to be considered one of the most advanced tech companies in terms of new patents and technologies in the Kingdom,” said Loai.   He said he’s already working on a plan.